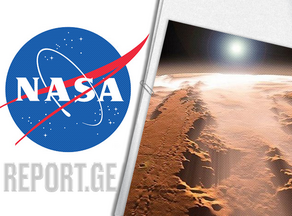 The US National Aeronautics and Space Administration (NASA) has released new audio recordings of the Mars Rover Perseverance. The sound of Mars wind and laser-firing from a distance of about 3 meters towards the mass of stone.

"The received sound is of excellent quality," said Naomi Murdoch, a lecturer at the ISAE Supaero School of Aerospace Engineering in Toulouse.

Naomi said she would never have thought she would ever study the first sounds recorded on the surface of Mars.

"This information will be important in determining which specimen should be stored and sent to Earth as part of our revolutionary campaign, which will be one of the most ambitious achievements of mankind," added Thomas Zurbuhen from NASA's Washington bureau.

NASA First Acoustic Recording of Laser Shots on Mars
If you find out orphographic mistake in the text, please select mistaken part of the text and press Ctrl + Enter.