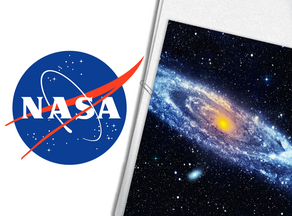 We have seen images and videos of our Milky Way galaxy captured by telescopes, but now for the first time, NASA (National Aeronautics Space Administration) has provided the opportunity to hear the sound of the centre of the Milky Way with a process of Sonification that translates data into sound.

This sonification project is led by NASA’s Chandra X-ray Center as part of the space agency's Universe of Learning (UoL) program. It allows space enthusiasts to listen to the centre of the Milky Way (called the Galactic Center) as observed in X-ray, optical, and infrared light.

In the video below, as the cursor moves across the image, sounds represent the position and brightness of the sources.