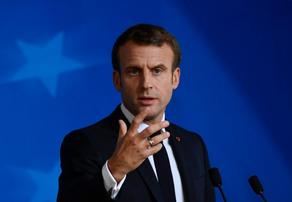 In an interview with THE ECONOMIST, Emmanuel Macron, the President of France said that European countries can no longer rely on America to defend NATO allies.

"What we are currently experiencing is the brain death of NATO", Macron said.

According to the French president, for the first time America has the President who does not share the idea of a European project.

"The United States has turned back on Europe, which is reflected in Donald Trump's decision last month to withdraw troops from Syria without consulting with allies", Macron said.