NATO summit to be held in Brussels on June 14 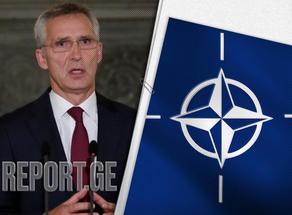 The summit of the North Atlantic Treaty Organization member states and governments will occur in Brussels on June 14, the NATO press service reveals.

"The meeting of the heads of NATO member states and governments will be held on June 14, 2021, in Brussels, Belgium. The meeting will be chaired by the NATO Secretary-General and will occur at the NATO headquarters in Brussels," the alliance said.

According to reports, the main topics of discussion at the summit will be Russian aggression, the threat of terrorism, cyber-attacks, new destructive technologies, the impact of climate change on security, and China's growing potential.

The previous summit of the North Atlantic Alliance was held in December 2019 in London. The summit could not be held in 2020 due to the pandemic.