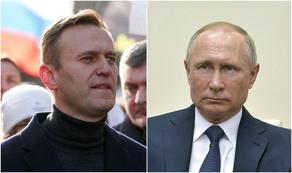 Russian President Vladimir Putin was nominated for the Nobel Peace Prize, the Kremlin confirmed on Thursday.

The nomination from a group of Russian public figures was spearheaded by writer Sergey Komkov, according to Russian news agency TASS.

The nomination was reportedly sent to the five-person committee in Norway earlier this year. However, the reason for the nomination has not yet been reported.

Russian opposition leader, who is undergoing treatment in Berlin after poisoning, has also been nominated for the Nobel Prize.

A total of 318 candidates have so far been nominated for Nobel Peace Prize, including 107 organizations and U.S. President Donald Trump.

The winner of the Peace Prize will be announced on 9 October.