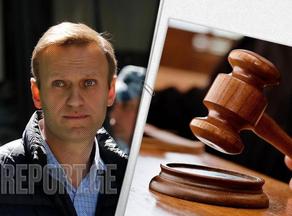 Jailed Kremlin critic Alexei Navalny has arrived in a penal colony to the east of Moscow to serve his prison term, Russia’s RIA news agency said on Sunday citing a public commission that defends the rights of Russian prisoners, Reuters reports.

Navalny, who was sentenced to over two and a half years in jail for parole violations he said were trumped up, was transferred to a colony in the Vladimir region, Alexei Melnikov, the secretary of Moscow’s Public Monitoring Commission, was quoted as saying by RIA.

The commission works closely with Russian prison authorities and has access to people in custody.

Navalny will be quarantined before joining other prisoners in the colony, Melnikov said, according to RIA.

Navalny’s ally Leonid Volkov wrote on social media earlier on Sunday that Navalny’s family and lawyers had not been officially informed about his whereabouts since Thursday when they learned he had been moved from a Moscow jail.

“We demand official information about where Navalny is, an access to him for his lawyers,” Volkov tweeted on Sunday.

Navalny will serve his term in the penal colony number 2 in the town of Pokrov in the Vladimir region, 100 km (60 miles) to the east of Moscow, TASS news agency reported on Sunday, citing local media and an unnamed source.