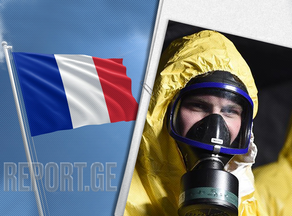 In the north-eastern part of France, a new, highly active strain of avian influenza H5N8 has been reported at a poultry farm.

In order to prevent the spread of the disease, special measures were taken in 45 nearby municipalities. It is planned to destroy the birds on the farm.

According to the French Ministry of Agriculture, more than 400 bird flu epidemics had been registered in the country since December last year.

More than 2 million birds have been killed in the past two months to fight the spread of the virus.