Obama calls Trump's response to the coronavirus a "chaotic disaster" 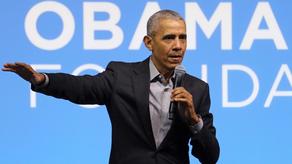 Former US President Barack Obama has sharply criticized his successor Donald Trump over his response to the coronavirus epidemic, calling it a "chaotic disaster," writes Reuters

His remarks were made while encouraging former staff to work for Joe Biden's presidential election team.

The coming up election is so important because what we're going to be battling is not just a particular individual or a political party, but long-term trends in which being selfish, being tribal, being divided, and seeing others as an enemy that has become a stronger impulse in American life, Obama said.