Oslo’s Mayor Marianne Borgen wants to cut her own wage 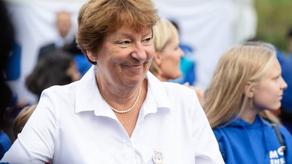 Oslo’s mayor Marianne Borgen (SV) believes that top politicians are paid too much, including herself. Now she wants the wage level to go down. She is also proposing a new wage system.

“My salary is too high. I always thought that. A pay cut will be just fine. I will still have a good salary,” Marianne Borgen told newspaper VG.

Together with City Council chief Raymond Johansen (AP), she is one of Kommune-Norge’s highest-paid politicians with more than NOK 1.4 million in annual salary.