PACE appeals to Belarus to introduce moratorium on death penalty 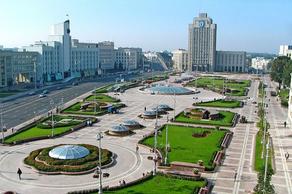 Titus Corlatean (Romania, SOC), General Rapporteur of the Parliamentary Assembly of the Council of Europe (PACE) requires that moratorium be introduced on the death penalty in Belarus.

Titus Corlatean statement on a ruling of the Belarus Regional Court of 25 October sentencing to capital punishment Viktar Serhil convicted for the murder of an eight-month-old girl has been published on the PACE website.

“I express my sincere sympathy to all those affected by the crime. This is the third capital punishment handed down this year, after the sentencing of Aliaksandr Asipovich in January and of Viktar Paulau in July. This verdict, although not final, is very disappointing because it shows that the Belarusian judiciary continues to apply the death penalty, despite some abolitionist signals in the political sphere, in particular those coming from members of the National Assembly.

Regardless of the gravity of the offence and the public interest in imposing a proportionate sanction, European human rights standards prohibit the use of the death penalty in all circumstances. Therefore, I reiterate my call on the Belarusian authorities to introduce a moratorium on the death penalty, as a matter of urgency, and as a first step towards its full abolition. It is the only way forward to improve Belarus’s relations with the Council of Europe,” reads the statement.