Paper banknotes to be withdrawn from circulation in Britain by 2022 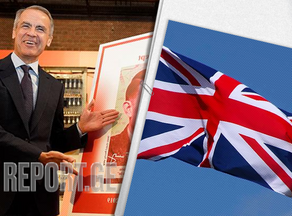 The new banknote has two windows and two colored signs, which makes forgery even more difficult. It also has a holographic image that changes between the words "fifty" and "pound." In addition, a special sign on the currency will make identification easier for the visually impaired.

This banknote is the last in the Bank of England to move from paper to polymer.

Ordinary paper money will be effective in the UK until 2022, after which it will lose its force.

Earlier, a new 10-pound sterling banknote featuring writer Jane Austen was issued in Britain. As the British Central Bank explains, this is the first banknote with special tactile elements for the visually impaired.