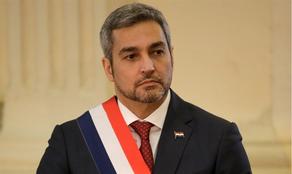 Paraguay's President Mario Abdo Benitez called on his cabinet to resign on Saturday, following demonstrations against the government's handling of the coronavirus epidemic, DW reports.

The move comes after riots erupted at a protest in the capital Asuncion on Friday evening that left several people injured.

On Saturday, Communications Minister Juan Manuel Brunetti told journalists that the president had heard the message from protesters. "He has asked all the members of the cabinet to give up their positions."

A day earlier, Health Minister Julio Mazzoleni announced he was stepping down following pressure from both the public and his own party.

On Friday, protesters gathered outside the Congress building in Asuncion to demonstrate against a lack of medicines during the pandemic and demand President Abdo's resignation.

Riots later erupted, with violent clashes between protesters and police throughout the capital.

At least 21 people injured, according to Agustin Saldivar, the director of a local trauma hospital