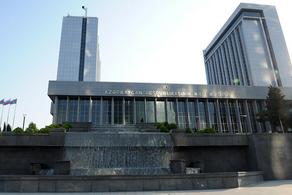 The Milli Majlis of Azerbaijan has issued a statement regarding the resolution adopted by the French Senate. The resolution is recommendatory and calls on the French government to recognize the so-called "Nagorno-Karabakh Republic."

In a statement, the Parliament of Azerbaijan addressed the Government on the following issues:

1. To appeal to the leadership of the organization to remove France from the OSCE Minsk Group.

2. To reconsider political relations between Azerbaijan and France.