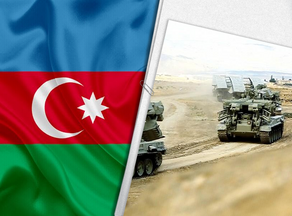 The President of the Republic of Azerbaijan, Ilham Aliyev, has signed a decree on the partial mobilization of the military, according to which the State Service for Mobilization and Conscription must provide conscription and military-transport.

Due to the declaration of martial law in Azerbaijan, the Heydar Aliyev International Airport will operate temporarily in a restricted mode. According to the airport press service, the flights scheduled for September 30 got postponed.