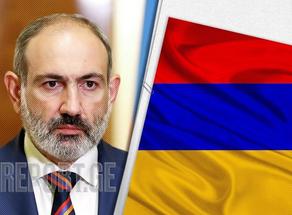 He stated this on March 20 at a meeting with residents of the Aragatsotn region.

"They tell us: why did you buy the plane? Yes, we bought a plane, it was delivered in May, and yes, we did not have time to buy missiles before the war," Pashinyan said.

He assigned the responsibility for this to the previous government.

"You would buy airplanes so that we can buy missiles in time. Why did the 26-year-old state not have fighter aircraft?" he asked.

The fact that the Su-30SM purchased from Russia was not equipped with ammunition was mentioned earlier by the former Chief of the General Staff of the Armenian Armed Forces Movses Hakobyan.