Piece of Princess Diana's wedding cake to be sold at auction 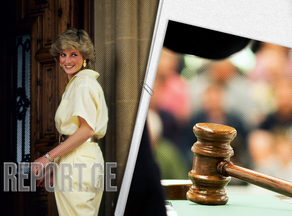 A piece of the 40-year-old wedding cake by Prince Charles and Princess Diana will be sold at auction, BBC reports.

Its starting price will be 500 pounds sterling.

The piece of cake was originally handed over to a member of the royal family, Moira Smith, who kept the confectionery in excellent condition.

She kept a piece of the cake in a tin jar with the inscription "Beware - Prince Charles and Princess Diana Wedding Cake." There was also a date written - July 27, 1981.

A piece of wedding cake will be sold at auction on August 11.

Today marks 40 yrs since the wedding of Prince Charles & Princess Diana. A slice of their wedding cake is also being auctioned in #Gloucestershire next month. https://t.co/RUVHeF0Dcw pic.twitter.com/cFDEyrwC98