Plane carrying 170, including US, European citizens, departs Kabul for Doha 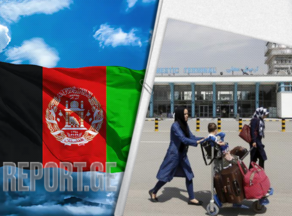 The third chartered flight bringing civilians from Afghanistan to Qatar since U.S. forces withdrew last month took off on Friday with around 170 passengers on board, including U.S. and European citizens as well as Afghans, a Qatari official said.

Foreign nationals on board include those from Belgium, Britain, Croatia, Germany, the Netherlands and Italy as well as the United States, the official said.

The passengers were transported to Kabul airport in a Qatari convoy after the Gulf Arab state reached a safe-passage agreement with Afghanistan's new rulers, the Taliban, the official said.

In Doha, the passengers will initially stay in a compound that is hosting Afghans and other evacuees.

Qatar has emerged has a key interlocutor between the West and the Taliban. The Gulf state is a close U.S. ally, hosting the largest American military base in the Middle East, and has hosted a Taliban political office since 2013.