Plastic detected in beef the product removed from the USA market 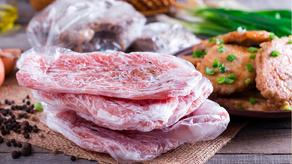 About 15 739 pounds of frozen beef patties are being recalled from the market in America. The reason is its contamination with extraneous materials,” the US Department of Agriculture and Food Safety and Inspection Service said.

Reportedly, the product from AdvancePierre Foods was not sold in retail stores but distributed from a warehouse to institutions, including schools. The frozen products were not sent to schools as part of the National School Lunch Program but were part of a commercial sale. According to the controlling body, the contamination is of insignificant danger with no confirmed reports of adverse reactions to the patties. Nevertheless, the product is recalled from the market following the recommendation.

It is noteworthy that the same producer was recommended to remove 9 tons of beef for the same reason in April the current year.