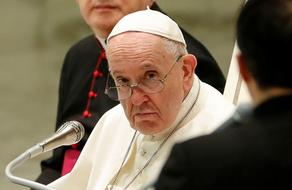 Pope Francis has arrived in Cyprus armed with a message of compassion for the thousands of people who have sought sanctuary on the east Mediterranean island, and a promise that by the end of the year 50 refugees will have been relocated to Italy.

The pontiff embarked on the politically sensitive tour on Thursday as the EU country closest to the Middle East struggles with an unprecedented influx of asylum seekers.

“They are our brothers and sisters,” he said in a video message before the visit.

Francis has made the defence of refugees a cornerstone of his papacy. In 2016 the Roman Catholic leader stunned Europe’s political elite when he elected to share his plane back to Rome with 12 refugees at the end of a historic trip to Lesbos, the island then at the centre of the migration crisis.

Five years later, the pope made clear that during his pilgrimage to war-partitioned Cyprus, his mind would again be focused on those who had reached Europe often in the face of great adversity.

“I am also thinking of those who, in recent years and still today, have been fleeing from war and poverty, landing on the shores of the continent and elsewhere and encountering not hospitality but hostility and even exploitation,” he said at the weekend. “How many have lost their lives at sea! Today our sea, the Mediterranean, is a great cemetery.”

The five-day tour, which also takes in Greece and a second lightning visit to Lesbos, comes amid a hardening of migration policy globally.