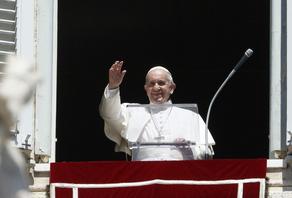 Pope Francis, leaving his mark on the Roman Catholic Church into the future, named 13 cardinals from eight countries on Sunday, including nine eligible to enter a conclave to elect his successor after his death or resignation, Reuters says.

The 13 new cardinals will be elevated to the high rank at a ceremony known as a consistory at the Vatican on Nov. 28, and the selection of more cardinal electors increases the possibility that the next pope will be someone who will continue Francis' policies.

Francis has now appointed about 57% of cardinal electors, whose number rises to about 128 with the new cardinals' naming.