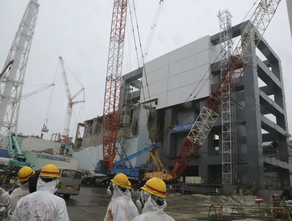 The epicenter of the quake, which struck at 11:07 p.m. local time (9.07 a.m. ET), was located 45.9 miles (73.9 kilometers) northeast of Namie, a coastal town 60 miles from Fukushima, according to the United States Geological Survey.

The depth of the earthquake was about 36 miles. Injures were reported in Fukushima and Miyagi prefecture, according to state broadcaster NHK. No tsunami warning has been issued for Saturday's earthquake, and no abnormalities have been reported at the Fukushima nuclear power plant, according to Japan's chief cabinet secretary, Katsunobu Kato.