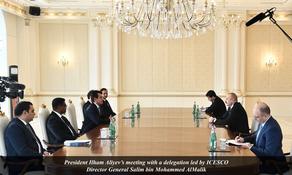 President of the Republic of Azerbaijan Ilham Aliyev has received a delegation led by ICESCO Director-General Salim bin Mohammed AlMalik. AZERTAC has released the information.