President of Azerbaijan: Azerbaijan cooperates closely with the EU

President of Azerbaijan: Azerbaijan cooperates closely with the EU 6 October, 2021  17:21 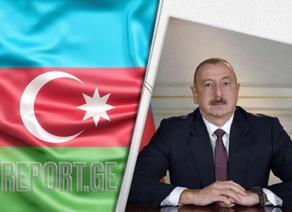 "I am delighted that the European Commission attaches great importance to our transport sector. During his visit, President Charles Michel was presented the opportunities of our Sea Trade Port, Free Economic Zone. We see a serious approach of European institutions in this area," President of Azerbaijan Ilham Aliyev said while accepting the credentials of the newly appointed head of the EU Delegation to Azerbaijan, Peter Michalko.

He noted that Azerbaijan is closely cooperating with the European Union.

The newly elected head of the EU delegation to Azerbaijan, Peter Michalko, said that the EU was interested in the security and reconstruction of the South Caucasus.

"We look forward to Azerbaijan's active participation and contribution to the preparation of the planned summit within the framework of the Eastern Partnership program," Michalko noted.