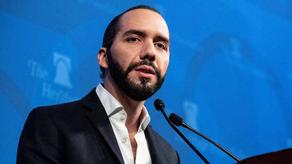 The President of El Salvador, Nayib Bukele, asks the diplomats from Venezuela to leave the country in 48 hours.

The country First Person names the election of Nicolas Maduro the President of Venezuela the legitimacy of which is not supports by Nayib Bukele as the reason of the act. El Salvador considers that Juan Guaido the leader of the opposition is the winner of the elections.

Juan Guaido declared himself the President of the country.According to him the elections as a result of which Nicolas Maduro managed to maintain the power were falsified.50 countries of the world support Guaido, while Maduro is supported only by Russia, China, Cuba and Iran.