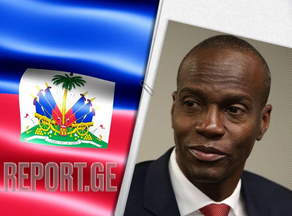 President of Haiti Jovenel Moïse was seriously injured in an attack by unknown individuals at his residence. The wound was found to be fatal, the local media reports.

The country leader was shot with a firearm.

According to media reports, the president's wife was seriously injured.

Some of the attackers reportedly spoke Spanish at Moïse's residence.