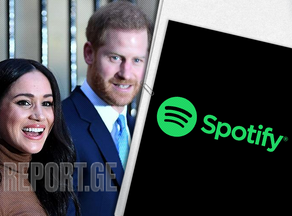 Prince Harry and his wife Megan Markle are going to launch their podcasts on Spotify.

Prince Harry's podcast is expected to focus on issues of interest to veterans of the armed forces, while Megan Markle will address gender equality issues.

It was also mentioned that the couple's appearance is expected in the New Year episodes.

In September, it was reported that Prince Harry and Megan Markle had started a production company and signed an agreement with Netflix to create documentaries, feature films, and children's programs. It also became known that the couple was going to participate in a reality show on Netflix. However, later, the couple's representatives denied the information.