Property of the world wealthiest people to increase by $255 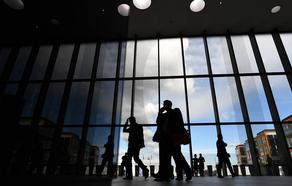 Forbes writes that the property of the world's richest 25 people has increased by 255 billion USD during the two months of the pandemic.

Reportedly, it was the most profitable period Marc Zuckerberg. His property has increased by 31 billion dollars and reached 86.5 billion. The reason is the significant increase in Facebook share.

Zuckerberg is in the fourth place of the Forbes list of the world's wealthiest people; he was in seventh place in April.

Jeff Bezos, Executive Director of Amazon, has gained 29.9 billion dollars during the last two months due to the increased prices on the stock markets. His entire property is 146.9 billion USD. Today he is the richest man in the world.

The agency notes that the pandemic period, the income of the population, in general, has decreased. For instance, in the United States, 39 million people asked the government for the unemployment allowances in the middle of March.