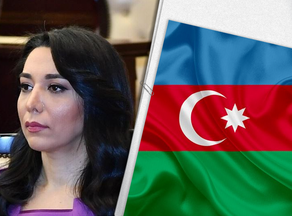 The Public Defender of the Republic of Azerbaijan issued a statement regarding the escalation of the conflict between Armenia and Azerbaijan.

"As it is known, starting from September 27, 2020, the Armenian Armed Forces have fired on our settlements and social facilities with various types of large-caliber artillery and other weapons, which resulted in killing and injuring civilians, including women and children, numerous houses, and civilian objects were severely damaged. As a result of another shelling of the civilian population by Armenian Armed Forces, Gurbanov Elbrus Isa oglu, a resident of Gashalti village, Naftalan city, and four members of his family, including children, were killed, that is, one family was completely annihilated. At the same time, 19 civilians were hospitalized with various injuries.

As a result of this military aggression, the relevant provisions of the Geneva Conventions, including IV Geneva Convention Relative to the Protection of Civilian Persons in Time of War of 12 August 1949, as well as the UN Convention on the Rights of the Child and other human rights instruments, have been grossly violated. These events once again confirm Armenia’s aggressive policy and inhumane actions, proving once again its disregard for international law.

The world community must not be indifferent to such atrocities, cruelty, and inhumane acts, the aggressor, Armenia, must be punished in accordance with the UN Charter, a special international tribunal must be established, and a fair trial must be held for the perpetrators," reads the statement.