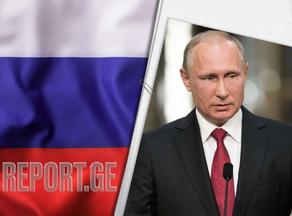 Russian President Vladimir Putin has submitted a bill to the Duma to withdraw from the Open Skies Agreement, Russian edition of Deutsche Welle reports.

On January 15, it became known that Russia was launching internal state procedures for withdrawing from the Open Skies Agreement.

Earlier, the United States formally abandoned the Open Skies Treaty on November 22, 2020. This means that the United States will no longer be able to fly over the territory of the treaty parties to monitor hostilities. Washington names the non-fulfillment of the document by Russia as the reason for withdrawing from the agreement.

The Open Skies Agreement was signed in 1992. Thirty-four states were involved in the agreement, and 33 contracting countries will remain after the withdrawal of the U.S. The parties can fly over each other's territory to control military activities.

Any country can withdraw from the contract by informing the parties half a year in advance. The U.S. announced its withdrawal on May 21, 2020.