Rail traffic between Barcelona and Figueres 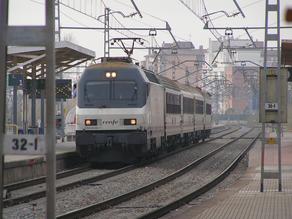 Rail traffic between the Spanish cities of Barcelona and Figueres stopped. Local authorities talk about the sabotage that happened on the railway this morning.

According to local media, the unidentified individuals cut off the fiber optic cable causing the damage of alarm system.

Police stated that the incident has been linked to protests in Spain over the past few days.