Recep Tayyip Erdogan: Rivalry must disappear in the region 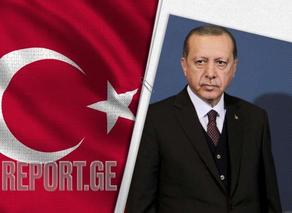 The opening of the Zangezur corridor between Azerbaijan and Nakhichevan would give Armenians a great opportunity to move around the world. Turkish President Recep Tayyip Erdoğan said in his speech in the Parliament of Azerbaijan.

"The opening of the Zangezur Corridor will allow Armenian citizens to move freely in Moscow and all over the world. They would remove the blockade,"Daily Sabah quoted Erdoğan.

He added that resolving the Nagorno-Karabakh conflict would ultimately bring great benefits to the region.

"We will see with this in time," the Turkish president said.

Speaking about Armenia-Turkey relations, he said that Turkey would take appropriate steps to resolve the problems between Azerbaijan and Armenia.

"We can not describe the benefits that Armenia receives from opening the Turkish border," Erdoğan said.