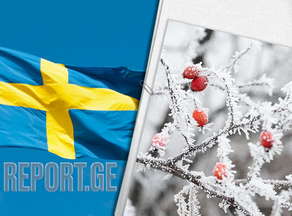 In the small Swedish village of Naimakka, the temperature dropped to -43.8 degrees Celsius, which became a record for this season, The Local writes.

In weather forecasts, Naimakka is often cited as one of Sweden's coldest places in winter. This settlement is located on the border with Finland, in the extreme north of Sweden. Getting there is only possible through Finland. According to a special website, only two people currently live in Naimakka.