Rockets were fired from Gaza at Israel 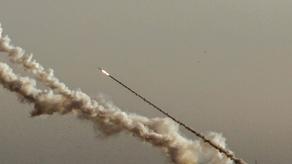 According to the information, two rockets struck an open field around 07:00 and the third rocket, one hour later.

The tensions along the border region appeared to flare amid Israeli plans to annex parts of the West Bank of Jordan River.

No injuries and damages are reported.