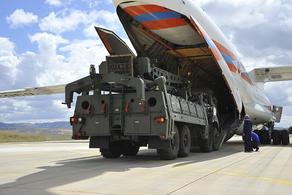 Alexander Mikheyev, General Director of “Rosoboronexport”, said that the agreement is already signed, the financial procedures are under discussion.

The agreement on the provision of the C-400 air defense system between Russia and Turkey was signed in 2017. In 2019 the first set of the rocket system was provided.