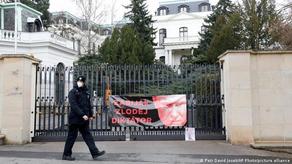 Moscow expelled 20 Czech diplomats on Sunday in a confrontation over Czech allegations that two Russian spies accused of a nerve agent poisoning in Britain in 2018 were behind an earlier explosion at a Czech ammunition depot that killed two people, Reuters reports.

Prague had on Saturday ordered out 18 Russian diplomats, prompting Russia to vow on Sunday to "force the authors of this provocation to fully understand their responsibility for destroying the foundation of normal ties between our countries".

Moscow gave the Czech diplomats just a day to leave, while Prague had given the Russians 72 hours.