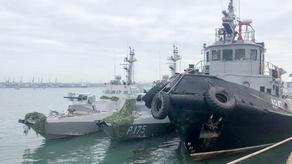 In the meantime, Andrei Yermak, Assistant President of the Ukraine, said that the last stage of the return is in process.

On November 25 the Ukrainian military ships which were trying to get into the Azov sea through the Kerch gulf were detained by Russian border guards. The crew consisted of 24 military officers.