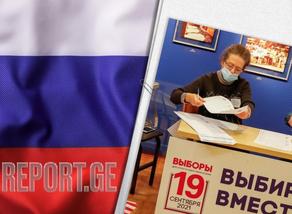 With 97 percent of the votes counted in Russia, the ruling party, United Russia, wins the parliamentary elections.

The Communist Party is in second place with 19.61 percent, followed by Vladimir Zhirinovsky's Liberal Democratic Party with 7.53 percent.

According to the available data, the Russian legislature also includes the party "A Just Russia — Patriots — For Truth" with 7.34 percent of the vote and "New People" with 5.31 percent.

The State Duma elections of the eighth convocation were held for three days, on September 17, 18, and 19.