Scotland requests the referendum on independence 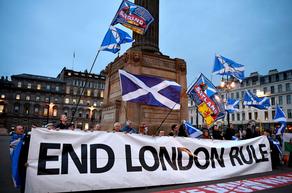 The Chairman of the Scottish National Party, Nicola Sturgeon, requests a referendum on independence from Great Britain. Based on her information the research conducted to reveal the number of independence supporters showed that 50% of the population is pro-independence.

The Chairman of the National Party plans to apply to the government of Great Britain with the claim in the nearest future.

The mentioned research was conducted by The Sunday Times Scotland.The results say that the number of independence supporters has increased by 5% in the last five years.