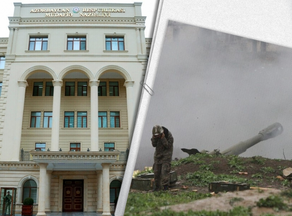 The situation in Nagorno-Karabakh and the nearby conflict zone is tense again. The Ministry of Defense of the Republic of Azerbaijan noted that the Armenian military has been firing from Vardenis in the direction of Dashkasan district in Azerbaijan since morning.

According to the press secretary of the Ministry of Defense of Armenia, Shushan Stepanyan, the fighting continues, Armenia neutralized the Azerbaijani armored vehicles in the southern section in the morning.