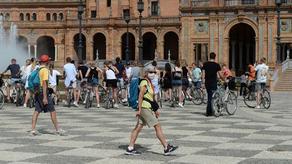 According to the Prime Minister, Pedro Sanchez, the country will start receiving tourists from July, writes Reuters.

Spain has been closed since March 14.

In late April, the government of Spain presented a four-stage plan of lifting restrictions. Some of the restrictions have already been canceled in some of the cities countrywide.

According to the Prime Minister, if the epidemic figures do not increase, the country will return to its normal rhythm starting from late June.