Spanish media: actual fatalities are much more than the official data 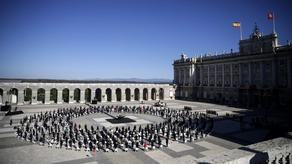 El Prais reports that the actual death toll is much higher than official figures read. Reportedly, the epidemic has actually killed 44, 868 people, while according to the official statistics, the number is 28,432.

Local media assures that the government conceals information about 16,436 fatalities.

In Spain, the first fatality was registered on February 13. The total number of infected people is 272,421. It is noteworthy that official statistics count only those fatalities when persons were tested for coronavirus and were confirmed positive.

The Agency writes that the Carlos III Health Institute controls the fatality indicator in the country daily. The Institute analyzes the fatality indicators of the last ten years and compares it with the current situation. According to the Institute information, the number of people who died with the coronavirus is 44,118 from March 14 through May 22, which is a higher indicator than the average of the previous years.