State of emergency to be extended in Ireland 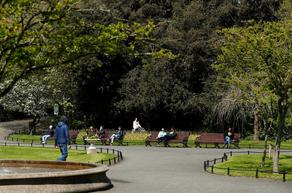 The Guardian shares that the state of emergency introduced in Ireland to be extended until May 18, after which the government will present and plan of 5-step restriction release.

The restrictions practised in Ireland are significantly stricter than in the United Kingdom. The UK has already started releasing the restrictions.

According to the Irish Prime Minister, Taozachi Leo Varadkar, despite that the fatality rate has decreased, it is still early to release the restrictions.

“We have not won yet” – said the Prime Minister.