Student sent to colony for not doing homework 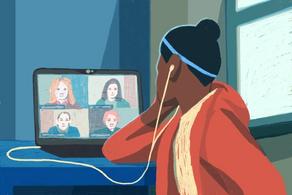 In the US, a 15-year-old African-American named Grace was sent to a juvenile colony for failing to do her homework. The independent journalistic investigation organization ProPublica Illinois spreads the information about the case.

She previously got convicted of robbery using violence, although she was not sentenced to prison but instead placed under social services supervision.

When all schools switched to distance learning during the pandemic, Grace did not attend classes and did not do her homework. As a result, the court changed the suspended sentence to imprisonment.

During the Black Lives Matter campaign, this case became very resonant in the community. Michigan lawmakers and NGOs are calling for Grace to be released.

Anti-racist protests erupted across the United States after the assassination of African-American John Floyd during a police arrest in the United States. The main slogan of the movement was Black Lives Matter.