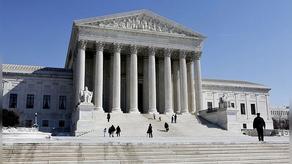 The Supreme Court on Thursday rejected the Trump administration's attempt to dismantle the program protecting undocumented immigrants brought to the country as children, a reprieve for nearly 650,000 recipients known as “dreamers.”

The administration has tried for more than two years to “wind down” the Deferred Action for Childhood Arrivals (DACA) program, announced by President Barack Obama in 2012 to protect from deportation qualified young immigrants who had been brought illegally to the country.

But, as lower courts had found, Roberts said the administration did not follow procedures required by law, and did not properly weigh how ending the program would affect those who had come to rely on its protections against deportation, and the ability to work legally.

The Trump administration said the DACA program, which Obama authorized through executive action, was unlawful. But even if it was not, President Trump’s lawyers argued, the Department of Homeland Security has the right to terminate it.

Lower courts disagreed. They said the administration must provide other legitimate reasons for the action, because it has offered the protection to those undocumented immigrants who volunteered information about their status.