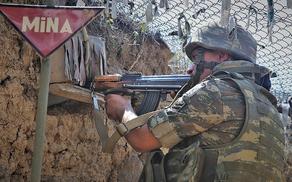 The situation is ultimately tense at the Armenia-Azerbaijan border.

As Azerbaijani media outlets say, Armenia carried out a large-scale attack earlier in the morning that claimed lives, including ordinary citizens.

The Azerbaijani Defense Ministry reports that Azerbaijani soldiers opened fire in response to the Armenian side. The troops used heavy equipment and arms during the military operation.