The first country which beat COVID-19 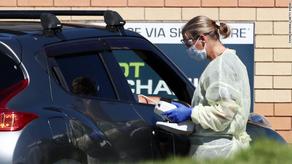 New Zealand has managed to do something that many countries wish they could achieve: for four straight days, it has reported a decline in new coronavirus cases.

On Thursday, the country reported 29 new confirmed and probable cases, bringing New Zealand's total to 1,239 -- including only one death. Of those cases, only 14 are in hospital -- and 317 have recovered.

New Zealand, a small island country with a population of just under 5 million, is halfway through a month-long lockdown aimed at not only containing the virus, but eliminating it.

And so far, the approach appears to be successful.

"We are turning a corner," Prime Minister Jacinda Ardern said in a speech Thursday. "And your commitment means our plan is working."

For other countries, those positive signs might be a reason to lift restrictions. Denmark, which has at least 5,597 cases and 218 deaths, announced it will begin to lift its lockdown next week if cases remain stable.

Instead, Ardern said Thursday she was tightening border restrictions, meaning all those who arrive in the country will be required to spend two weeks quarantined in an approved facility, rather than self-isolating at home. The rule only applies to New Zealanders -- foreign nationals have been banned from entering the country since March 20.

"At the halfway mark, I have no hesitation in saying that what New Zealanders have done over the last two weeks is huge," Ardern said at a press conference Thursday that many Kiwis listened to live. "You made the decision that together, we could protect one other. And you have. You have saved lives."