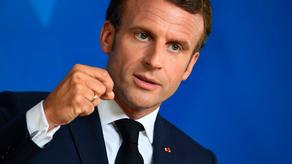 The French forces have killed 33 terrorists in Mali. According to President Emmanuel Macron, they were connected to al Qaeda.

Allegedly, the raid about 150 km northwest of Mopti in Mali targeted the same forest area where France wrongly claimed last year it had killed Amadou Koufa, one of the most senior Islamist militants being hunted by French forces in the Sahel.

French President announced the operation in a speech describing it as “a major success.”

“This morning ... we were able to neutralize 33 terrorists, take one prisoner and free two Malian gendarmes who had been held hostage,” Macron said

France, the former colonial power in several West African countries, has more than 4,000 soldiers in the region in its counter-terrorism taskforce Operation Barkhane.