The so-called Great Depression may return to the world 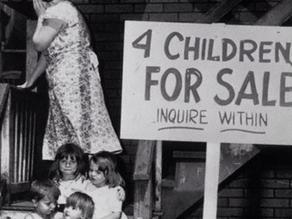 The Head of the International Monetary Fund in Washington, talking about the world economy, said that there was a risk of so-called depression return, the reason for which would be the economic inequality and the instability of the markets. According to him, these are distinct signals that the world has to treat with great attention.

Kristalina Georgieva said that the current processes of the global economy repeat the analogous tendencies of the 20th of the previous century.

“In some ways, this troubling trend is reminiscent of the early part of the 20th century – when the twin forces of technology and integration led to the first gilded age, the roaring 20s, and, ultimately, financial disaster. If I had to identify a theme at the outset of the new decade, it would be increasing uncertainty,” – she said.

She said that excessive inequality hinders growth and can fuel populism and political upheaval.

The term “Great Depression” appeared during the world economic crisis of 1929 and lasted for ten years. It caused the bankruptcy of banks, unemployment, and severe fall of GDP, industry, stock markets, and practical economic parameters.