The US responds to Russia's statement 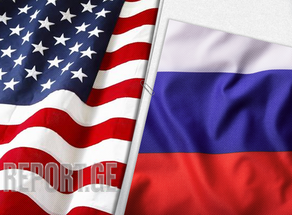 A Pentagon representative, John Kirby, called the Russian Defense Minister Sergey Shoygu's statements on the US planning provocations by chemical weapons in Donbas "false." Edward Price, a Spokesperson for the United States Department of State, said it was not Ukraine or the United States that was responsible for escalating the war in Donbas, but Russia.

According to Report.ge, Kirby's statement was published on the Pentagon's website, while Ned Price posted his statement on Twitter.

"We call on Russia to stop using false, inflammatory rhetoric and take meaningful steps to de-escalate tensions to provide a positive atmosphere for discussions," he wrote.