The Washington Mayor to join the anti-racism protest 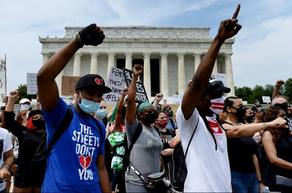 In response to the Mayor’s request, President Trump attacked the Mayor as incompetent.

The protest in the United States was triggered after police killed an Afro-American George Floyd, 46, applying excess force on May 25.